It isn’t always that we have a double adoption from a same family at Aanifeira, but last Saturday was an exception when two very beautiful orange and white cats were finally given a new opportunity in life together. 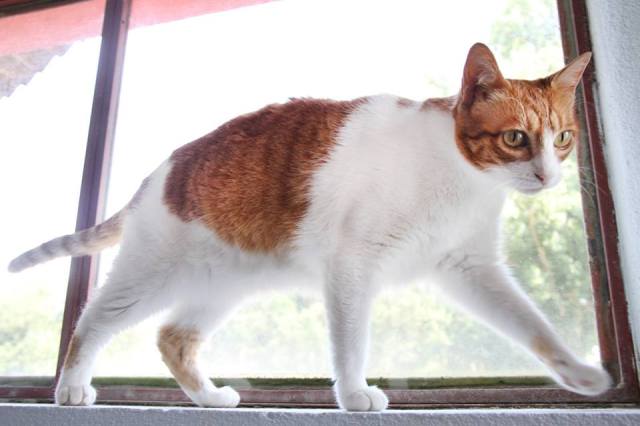 Skoda and Yoda are two sisters who were left by their owners at Aanifeira a little over a year ago due to an allergy problem that their daughter suffered from.  Their life had been far from a bed of roses as they were confined to a small verandah for the entire time void of little or any human contact.

It was obvious from the beginning that they were deeply attached to each other and our ambition was always to have them adopted as a pair as they were not young and would most certainly miss each other.  The sisters would not let each other out of one another’s sight sometimes shying away from too much confusion and noise.

Initially the new cattery was not ready when they arrived but a few months later in March when it was, they were part of the first group of cats to move in and have a large box to themselves.  They were regularly let out by our volunteers who worked in helping to socialize them and build a trust in humans.  It wasn’t long before these two sisters were craving cuddles and became real lap cats. 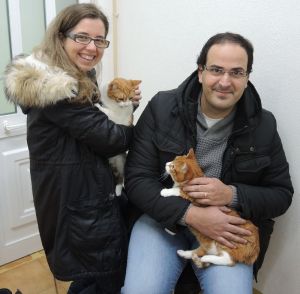 When Ana Rita and her husband walked through the door asking to adopt Skoda and Yoda, we could hardly believe our eyes!  They came with a mission to help these two cats and their gentleness and care showed immediately even though sisters were a little hesitant of all the excitement.

Our sincerest thanks go out to them for showing the care in taking in an adult animal and not wanting to separate these two beautiful cats.