A Bond Stronger Than We Thought – Dogs Feel Human Emotions

Posted on September 5, 2011 by Aanifeira 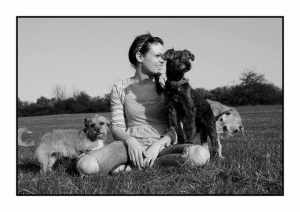 Dogs feel the suffering of human beings, especially those who they recognize as their owners? Drs. Karine Silva and Liliana de Sousa, two researchers from the Department of Behavioral Sciences at the Abel Salazar Institute of Biomedical Sciences in Porto, Portugal (35 kms north of Aanifeira) consider that they do, but underline a lack of experimental studies and scientific discussion on the subject. The two scientists published a reflection on the subject in February’s, 2011 Royal Society journal Biology Letters.  Dr. Karine Silva indicates that empathy is a complex mechanism which can affect the emotional state of others.

Dr. Silva and her colleagues said: “Curiously, contagious yawning has been connected to higher levels of empathy in humans, with studies suggesting that it probably shares a developmental basis with self-awareness and perspective taking.”   She indicated that: “A study showed that pets, namely dogs, behave as ‘upset’ as children when exposed to familiar people faking distress, strongly suggesting ‘sympathetic concern’.

According to some studies, the level of empathy depends on the size of the individual’s brain. In humans, for example, a child from nine months old will tend to spontaneously comfort another child without any reflection on what the other is feeling. “Sympathetic concern only begins at around four years of age,” explains Dr. Silva.

Experiments on rats showed that they react to the pain felt by individuals of the same species which are locked in a cage, but not to that felt by humans. Tests with chimpanzees that grew in contact with the man revealed that they not only comfort and help their partners in suffering, but also humans. The question that now arises is related to other animal species living closely with humans, as is the case of the dog. 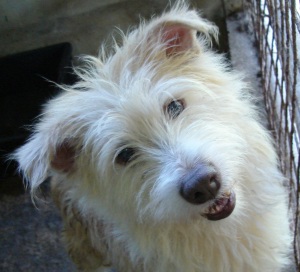 The two researchers believe that “there is a likelihood that the dog uses its two cognitive faculties to comfort a human.”  There are several reasons for this: the fact that domestic dogs descended from wolves, highly sociable animals engaging in group activities with a developed empathy towards other species; biological changes occurred during the domestication process, which began about 10,000 years ago; and the variety of existing breeds.

Studies indicate that even untrained dogs are sensitive to human emergencies and may react to these in order to help those who are suffering. They do not however, understand the nature of the emergency, nor what should be done to get help. One of the hypotheses of this explanation lies in the fact that the dog can smell the pheromone chemicals that are produced by a person in distress.

The researchers conclude that: “Dogs have been increasingly involved with human activities and further studies are crucial if specific needs are to be met.

“For instance, it would be important to conduct rigorous tests on therapeutic dogs that seem to ‘take on’ the emotions of patients, needing massages and calming measures after the sessions.”

We always knew that a dog is the best friend a man could ever have!